The Tuning Impact Research project was started by Deusto International Tuning Academy in order to identify cases of successful implementation of the Tuning methodology all over the world and evaluate the impact of Tuning-promoted changes.

Follow-Up Questionnaire
Stage Two of the Impact Research was conducted in June-October 2014. Those institutions reporting noticeable changes along the five aspects in Stage One, and able to provide supporting documentation, were  invited  to  participate in Stage Two. 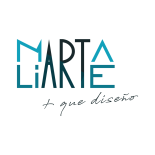